Broken Armed and Dangerous is the ninth episode of the fifth season of Henry Danger. It premiered on January 26, 2019 to an audience of 1.26 million viewers.

Schwoz gives Henry a cast for his arm. They then get Henry a fake arm and a big hoodie to hide his cast. He puts both on and they decide to stage an accident where Henry could pretend to break his arm in front of everyone at school in order to make everyone think that he wasn't Kid Danger. Charlotte suggests having Jasper pretend to slam Henry's arm into his locker but Ray doesn't think this is funny enough. He comes up with a new idea with Schwoz. At home, Kris is trying to open up a pickle jar and Piper is calling hospitals to see if they had gotten a teenager with a broken arm, trying to see if she could find Kid Danger. Kris asks Henry to help open the jar, but he says to ask Jake to help. She says Jake couldn't do it, so Piper called him a wimp, so Jake was lifting weights in the kitchen. Henry breaks the jar to open it and Jake then makes Henry spot him. The next morning, Piper is looking at all the boys trying to find one with a broken arm at school. Henry and Charlotte arrive and they see Ray and Schwoz with a giant trebuchet at school. They are in costumes, posing as people from the Swellview Flinging Society. The plan is to fling a basketball at Henry, breaking his arm. Just then, Ms. Shapen arrives and flings the basketball herself before Schwoz can have time to aim it. The ball hits Charlotte's head and as Henry helps her up, his fake arm falls out. Piper, not knowing why Henry would have a fake arm, takes off his hoodie and everyone sees his cast, finding out that he is Kid Danger.

Everyone is freaking out about these news. Henry, Jasper, Charlotte, Ray, and Schwoz go into the janitor's closet and Schwoz suggests wiping the memories of everyone in a three-block radius. Jasper gets another idea. He shows them a security video of the Playground Pooper pooping on the playground. Henry goes up in front of everyone and tells the students that he was the Playground Pooper. He shows the timestamped security video and tells them that while he was pooping on the playground, Kid Danger was fighting Dr. Karaté, and he then explains he broke his arm by slipping on his own poop. Everyone believes him, and laughs at him for this. 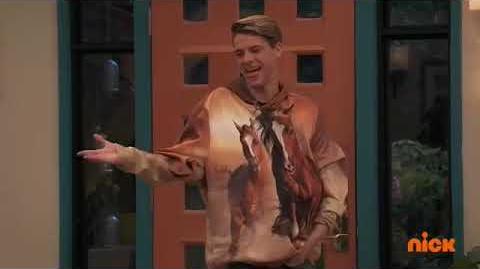 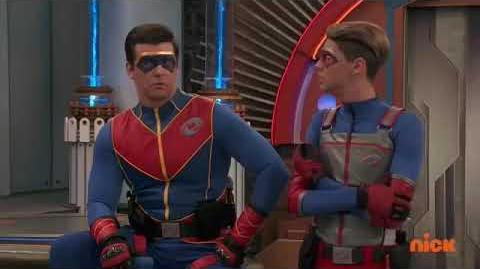 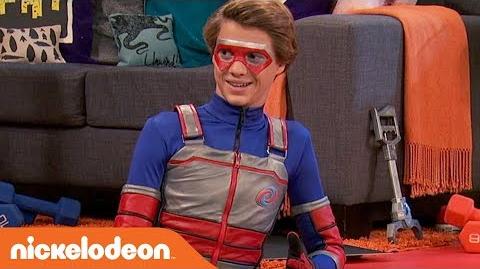 Kid Danger’s Identity Revealed to the ENTIRE School! 😲 Henry Danger Nick
Add a photo to this gallery
Retrieved from "https://henrydanger.fandom.com/wiki/Broken_Armed_and_Dangerous?oldid=127395"
Community content is available under CC-BY-SA unless otherwise noted.