Grand Theft Otto is the eleventh episode of the fifth season of Henry Danger. It premiered on February 16, 2019 to an audience of 1.08 million viewers.

Henry and Charlotte are studying for a test at Henry's house. Jasper arrives, back from his trip in Iowa. He has a mustache. Charlotte thinks it looks ridiculous, but Henry loves it. Piper enters the house with her class parrot, Otto. She explains that it was her turn to take care of Otto for the weekend, and Otto had the ability to repeat certain phrases. Piper goes out to her car to get Otto's food and Jasper tells Henry he can have a mustache as both Henry Hart and as Kid Danger. Charlotte tells them to not talk about it so that Otto doesn't start saying Henry is Kid Danger. Right when she says this, Otto starts repeating, "Henry is Kid Danger".

Otto keeps repeating the phrase. Henry brings Otto up to his room and has Charlotte stall Piper on the porch by saying she lost her retainer. Jasper breaks the glass door to stage a scene where people had broken in and kidnapped Otto. He then has Henry punch him so that it can look like the kidnapper attacked him. Piper finds a retainer in the bushes and gives it to Charlotte to put on. Piper goes inside and sees the living room is a wreck, and Jasper tells her a guy kidnapped Otto and Henry ran away upstairs. Charlotte and Jasper go to Henry's room, as Henry tries to pull the retainer from Charlotte's mouth. Jasper realizes that the retainer belongs to him, grossing out Charlotte. Henry's watch starts beeping and he opens it up. Ray wanted to see Jasper's mustache, and upon seeing it, he loves it, and so does Schwoz. Henry tells them about their situation and Ray says to get one of the bird's feathers and bring it to the Man Cave so that Schwoz can clone it and they can swap them out. Piper, who had called the police, tells Henry and Jasper to come downstairs as Charlotte starts trying to get a feather from Otto. Henry and Jasper are questioned, and when Henry is describing the perpetrator to a sketch artist, he just describes the sketch artist. Charlotte gets the feather and heads to the Man Cave. A vigil is held for Otto outside the house and it is revealed that the police would send a bird-sniffing snake to find where the bird was.

Charlotte, Ray, and Schwoz are in the Man Cave, ready to clone the bird. Henry calls, panicking, as he couldn't sneak Otto out because of the vigil outside his house. Schwoz is able to duplicate Otto, but he then says "Henry is Kid Danger" out loud again, making the bird start repeating the phrase over and over too. The man with the bird-sniffing snake arrives and starts showboating in front of the house. After multiple failed attempts, they get another bird but when the other birds start saying, "Henry is Kid Danger," the new bird starts saying it too. As time runs out, they have to rush Schwoz and get the bird before it's done. Captain Man arrives at Henry's door, claiming to have recovered the missing bird from the kidnappers. He reveals the bird, which looks disfigured, and Captain Man claims the kidnappers did it. In the Man Cave, the birds won't stop saying Henry is Kid Danger. Ray tries to kill them with his stun device, but when Charlotte intervenes, he accidentally zaps off Jasper's mustache, as the birds keep talking. 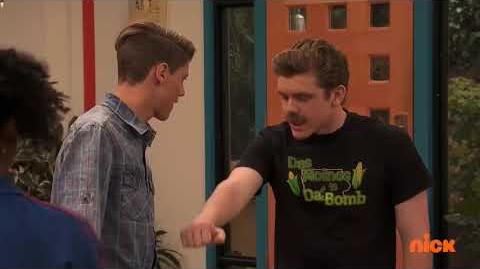 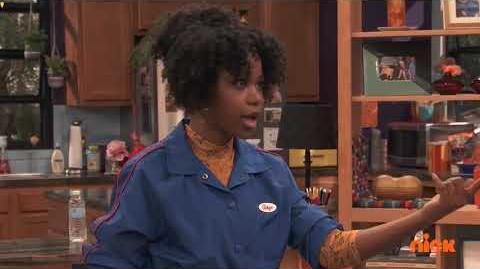 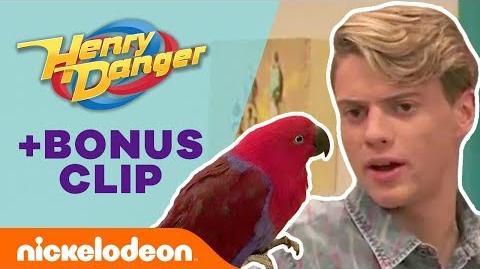 Kid Danger’s Identity Revealed by a BIRD?! 🐦 Henry Danger Nick
Add a photo to this gallery
Retrieved from "https://henrydanger.fandom.com/wiki/Grand_Theft_Otto?oldid=123495"
Community content is available under CC-BY-SA unless otherwise noted.