I Dream of Danger is the sixteenth episode of the fifth season of Henry Danger. It premiered on March 23, 2019 to an audience of 1.31 million viewers.

Charlotte is trapped inside the lion's den at a zoo. Kid Danger arrives just in time and pulls Charlotte to safety. The two lean in to kiss, and right then, Charlotte wakes up in the Man Cave. It was all just a dream. Kid Danger asks her what's wrong, but she doesn't say. She quickly rushes upstairs to Junk-N-Stuff. In Junk-N-Stuff, Charlotte explains to a customer that she hasn't slept in days because whenever she sleeps, she dreams that she is about to kiss Kid Danger, despite the fact that according to Charlotte, she has no feelings for Henry. Henry arrives upstairs and tells Charlotte to come down to the basement since Jasper stole Ray's "jorts", which were jean shorts. Jasper was wearing a ring that made him invisible called the Chameleon Ring. Charlotte goes downstairs and reveals Jasper. Henry gets on his knee to put the ring on her finger. Ray, Jasper, and Schwoz begin to laugh at them, and Charlotte, embarrassed, heads upstairs.

Jasper asks Ray for the Chameleon Ring to pull a prank on Piper. Henry suddenly appears as he was wearing the ring. He gives it to him, and the emergency hotline begins to ring. Ray and Henry are too comfortable to pick up the call and they call out for Charlotte. Charlotte is upstairs in Junk-N-Stuff, where she is asleep. She has the dream again and wakes up with a start. At Henry's house, Piper is interrogating a boy for not giving her his Redflix password. Charlotte arrives and confides in Piper, explaining her situation without revealing who she was having the dream about. She asks what she should do, and Piper recommends avoiding the boy because if it was a recurring dream, it was likely to come true. Ray picks up the phone and it is a woman at the zoo named Fran. Fran tells Ray that a tiger was giving birth and the animal doctors got mauled. Captain Man and Kid Danger arrive at the zoo. Kid Danger tosses Captain Man some tiger tranquilizer but Captain Man doesn't catch it, as his hands are covered in tiger placenta. Charlotte arrives in the Man Cave and finds Schwoz dressed as a peacock and playing the piano. She watches a video where Schwoz explains that he had accidentally ingested tiger tranquilizer and was about to start experiencing some strange symptoms. He tells Charlotte to take the tiger tranquilizer to the zoo. Charlotte goes to the zoo and gives Kid Danger the tiger tranquilizer, but she then accidentally falls into the lion's den.

Kid Danger tries to save Charlotte from the lion's den, but she realizes this is just like the dream that she had. She refuses to be saved. She asks Fran to save her but Fran says her arm was sore. Captain Man could not save her because he was helping the tiger give birth. Charlotte tries to get out of the den herself and confesses to Kid Danger that she didn't want Kid Danger to save her because she was scared that he would kiss her. Kid Danger swears that he would not kiss her because they both tell each other that they don't have feelings for each other. Kid Danger saves Charlotte. Fran then confesses that she had a dream in which she kissed Captain Man at the zoo while he was covered in tiger placenta. Captain Man arrives covered in tiger placenta and Fran tackles him, trying to kiss him. Henry and Charlotte play golf in the Man Cave, and Charlotte moves toward Henry, about to kiss him. Suddenly, Henry wakes up in the Man Cave. It was a dream. However, Charlotte questions him, asking him what happened. Henry refuses to tell her what happened in his dream and rushes up to Junk-N-Stuff. 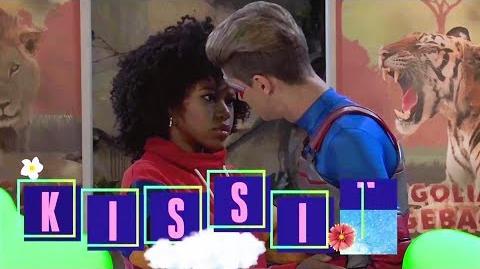 Henry Danger "I dream of Danger" Official Trailer Will Henry and Charlotte Kiss? 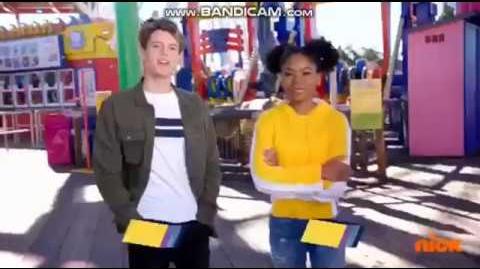 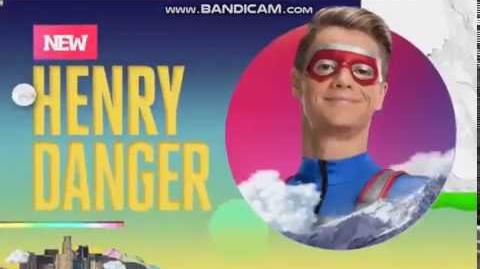 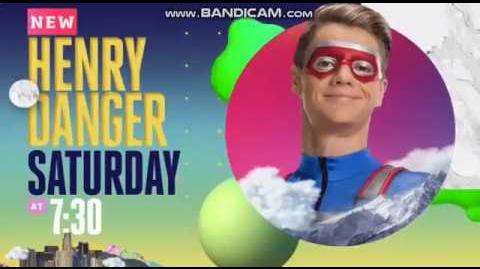 Jace Norman & Riele Downs Go BTS of THE Chenry Episode of Henry Danger! 🦁 TryThis
Add a photo to this gallery
Retrieved from "https://henrydanger.fandom.com/wiki/I_Dream_of_Danger?oldid=108831"
Community content is available under CC-BY-SA unless otherwise noted.