Indestructible Henry, Part 1 is the tenth episode of the second season of Henry Danger. It premiered on March 19, 2016 to an audience of 2.02 million viewers.

In the Man Cave, Schwoz scans Henry for injuries. Henry says that his butt hurts, so Schwoz has him wiggle his butt. It ends up hurting and Schwoz concludes that Henry has a dislocated buttock. To fix him, Schwoz and Charlotte grab his hands and Ray grabs his feet. They start shaking him back and forth to fix his buttock. At home, Piper is cooking dinner for her family so that she could get on a reality show. Jake comes home and Kris tells him she was cooking dinner. Jake asks why Kris let her do this because she had cooked them dinner on their anniversary party from two years ago and everyone hated the food. The same thing happened at Henry’s 10th birthday party. Kris hoped that Piper was now a better cook, but Jake tries to escape. At the Man Cave, Schwoz, Charlotte, and Ray relocate Henry’s buttock, fixing him. Ray feels bad about pulling Henry in all these dangerous situations. Charlotte wishes that they could make Henry indestructible as well. Ray then says that the densitizer was destroyed, but Schwoz contradicts his statement, saying that the densitizer was downstairs in the storage room. Ray had wanted Schwoz to lie, and Ray explains that he didn’t want Henry to go into the densitizer.

Henry, Ray, Charlotte, and Schwoz walk into the storage room and Schwoz pulls the tarp off the densitizer. Ray doesn’t want Henry to be hit with the sensitizer’s rays and he explains that after he was made indestructible, his dad had tested it on three other people to make them indestructible. However, one had grown a face on his stomach, one had his hands turn into feet, and one had hands that popped out of their ears and poked them in the eyes. He shows them the effects on a VHS tape. Ray believes that some crazy side effect will happen to Henry if he gets zapped by the densitizer and he goes to see a musical. However, Schwoz proposes a theory. Nothing strange happened to Ray, and this may have been because he was a young boy on a skateboard yelling, “Hey Daddy! Daddy! WHOOOOAAAAAHH!” And the men whom Carl had tested the machine on afterwards were grown men, merely stood in the machine, and didn’t yell anything. At Henry's house, Jake and Kris are apprehensive about eating the dinner Piper had made. Then, Jasper comes in with four dogs and says that their neighbor had paid him $10 to walk his dogs. The dogs then see the food and eat all of Piper’s food. Piper then tells Kris and Jake that they and Henry would be coming to eat her dinner every night until someone ate it. At the Man Cave, Schwoz puts Henry on a skateboard and has him recreate the same moment in which Ray became indestructible. Henry zaps himself with the densitizer and when he is finished, Schwoz takes a bat and smashes it over Henry’s head. It only hurts for a second, and no side effects are visible. Henry, Charlotte, and Schwoz celebrate. The next morning however, Henry laughs at a joke heard over the radio and once he does, he breathes a bunch of fire. 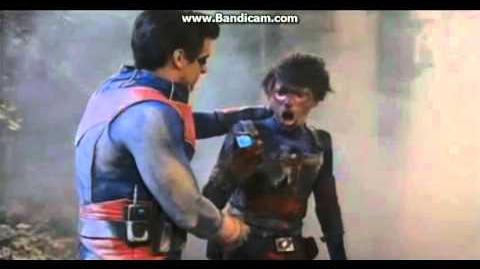 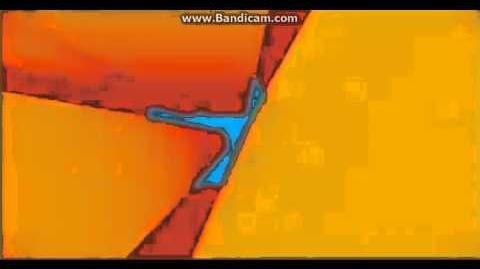 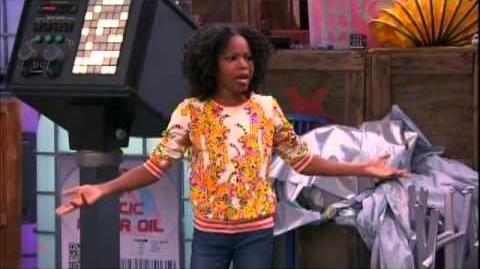 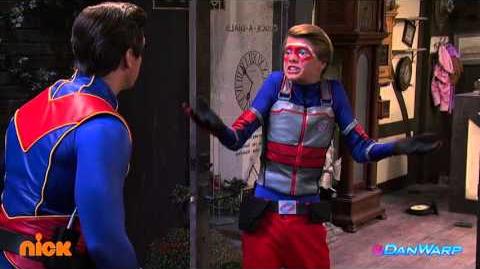 Henry Danger Slow Motion Explosion!
Add a photo to this gallery
Retrieved from "https://henrydanger.fandom.com/wiki/Indestructible_Henry,_Part_1?oldid=125634"
Community content is available under CC-BY-SA unless otherwise noted.