Jenry is the platonic/romantic pairing of Henry Hart and Jasper Dunlop. They have been best friends since they were five, and they now work together at Junk N' Stuff.

In the first two seasons, Henry had to hide his secret identity of Kid Danger from Jasper, despite wanting to tell him. Henry finally reveals the secret to him in the season two finale, I Know Your Secret. In season three, Jasper gets a job at Junk N' Stuff and the two see each other more often. However, Henry sometimes gets annoyed by Jasper and his odd quirks, and Jasper sometimes gets frustrated with Henry for not spending enough time with him. Despite their occasional squabbles, Henry and Jasper are very close friends who care a lot about each other.

In the final episode Henry and Jasper (Along with Charlotte) become superheros in neighborville to fight crime together.

The Secret Gets Out

Tears of the Jolly Beetle

Man of the House

Henry and the Bad Girl, Part 1

Henry and the Bad Girl, Part 2

The Beat Goes On

Henry and the Woodpeckers

I Know Your Secret

A Fiñata Full of Death Bugs 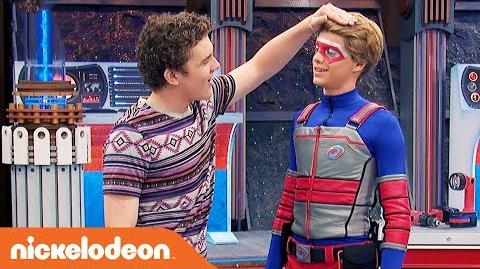 Sneak Peeks from NEW Episodes! 😬 I Henry Danger I Nick
Add a photo to this gallery
Retrieved from "https://henrydanger.fandom.com/wiki/Jenry?oldid=122850"
Community content is available under CC-BY-SA unless otherwise noted.