Part 3: A New Hero is the eighth episode of the fifth season of Henry Danger. It premiered on January 19, 2019 to an audience of 1.14 million viewers.

Schwoz creates a generator that gets powered by Jasper pedaling a bike. This restores power to the Man Cave, but the rest of Swellview no longer has internet or power. Henry's family is putting together the puzzle and a man enters, trying to loot the place. They protest, but he then sees that they are doing the puzzle and decides to help them out. Schwoz puts Henry in a diaper, telling him they would need to bring up his blood pressure so that he could excrete a certain chemical with his superpowers in it. This would help create an antivirus. Charlotte tracks down Twitler to an old computer factory and Captain Man goes to find him. Schwoz fires objects at Henry and he dodges them, excreting the chemical. Schwoz then tells Henry he would have to take a bit of blood.

While they are putting the puzzle together, more looters arrive in the Hart house. They also decide to join the family in putting together the puzzle. Schwoz creates an antivirus and gives it to Kid Danger. He tells him not to get any of the antivirus on his skin or he could lose his superpower forever. Schwoz then asks if he and Charlotte were dating, which they deny. Captain Man arrives in the computer factory and finds Twitler and another goon. He punches them, and Twitler lands on the virus, transforming him into a human virus trying to destroy humanity.

Kid Danger arrives on the scene to find Captain Man with the Twitler virus. The virus sneezes on the bad guy and he becomes a virus too. They try to infect Kid Danger and Captain Man but Kid Danger is able to dodge it. They sneeze on Captain Man, but he doesn't transform because he's indestructible. They try fighting the viruses but they have super fast reflexes like Kid Danger. The Twitler virus sneezes on Kid Danger's glove, and he is forced to take off his gloves so he doesn't transform. He climbs to the roof where there is a satellite dish. The Twitler virus follows him up there and they begin to fight as Captain Man fights the other virus. In the fight, Kid Danger drops the antivirus and it smashes onto the satellite. The Twitler virus stands in the center of the satellite and begins to infect every computer network in the world. Kid Danger then picks up the antivirus with his bare hands and rubs it on the virus, deactivating it and saving the internet. The viruses become their human counterparts again. The power turns back on at the Hart house, and Piper suddenly kicks out all the looters. Rick Twitler no longer has any memory of who he is or who Ray and Henry were, as the virus scrambled his brain cells. At the Man Cave, Schwoz runs a test on Henry and they find that he no longer has his superpowers. Jasper tells Henry that he still has a great life, superpowers or not. They get an emergency alert that says Dr. Minyak was robbing a bank. Ray and Henry go to stop him. 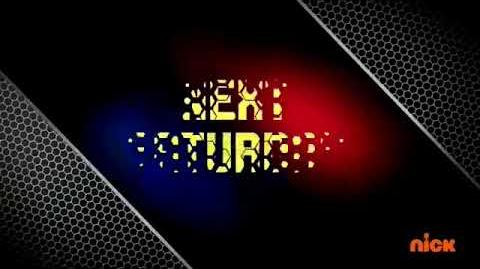 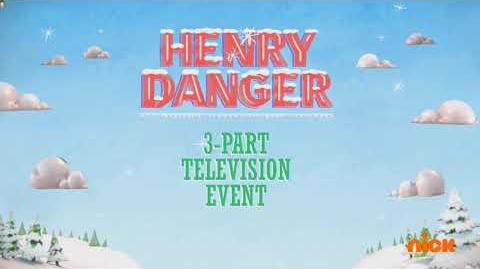 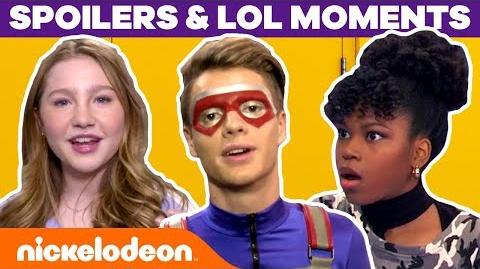 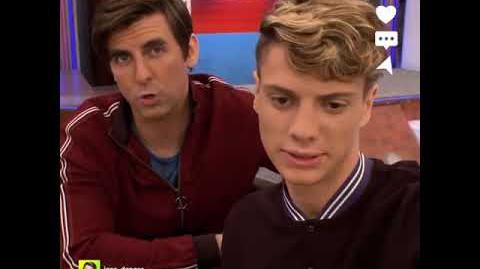 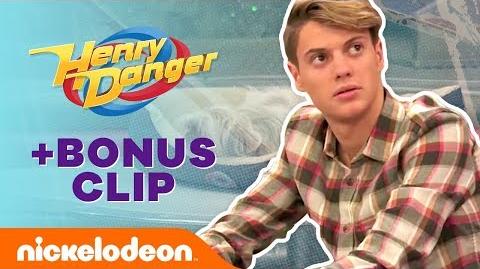 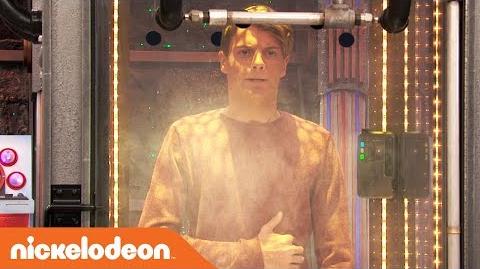 Can Henry Danger Save the Internet? Trilogy Recap SPOILERS ALERT! 🖥️ Nick
Add a photo to this gallery
Retrieved from "https://henrydanger.fandom.com/wiki/Part_3:_A_New_Hero?oldid=125832"
Community content is available under CC-BY-SA unless otherwise noted.