Rubber Duck is the twenty-first episode of the fourth season of Henry Danger. It premiered on October 13, 2018 to an audience of 1.03 million viewers.

At the Hart house, Henry was telling Piper about the dream he had, believing that she was paying attention to him, but when he was done, he saw that she was wearing hearing aids, so she didn't listen. Kris and Jake arrive, they tell them that they are going on a trip and they have Henry record them while they give him directions. Jake tells him not to touch his remote control car and that there are no parties in the house, while Kris tells him not to eat the egg in the refrigerator. After they are gone, Henry prepares to have a drink at the table, but is surprised by Jasper, who tells him he entered the back of the house. Then Jasper turns on music and dances without pants on the sofa, Henry stops him, baffled. Jasper is surprised by his attitude and tells him that sometimes he must say 'Rubber Duck', Henry reacts strangely. Someone knocks on the door, was a guy who asks if he was Henry Hart, he is surprised, tells him that his name is another and closes the door. But the guy surprises him inside the house and tells him that he entered through the back, Jasper tells him that he is a manicurist and comes to do manicures. Henry refused. Someone else knocked on the door, when he opens he sees that it was Layla, another manicurist, Henry then "changes his mind" and tells Jasper 'Rubber Duck'. Then the manicurists made Henry and Jasper the manicure session, the door opens and leaves enter the house, everyone reacts strangely. Then Ray comes in, who came to show Henry his cordless leaf blower, he uses it on his face, so he gets annoyed. Then Ray goes into the kitchen, sees Jake's remote control car and grabs it. Henry takes it off when he sees it, but Ray accidentally activates the remote control, which causes the car to fall from Henry's hands, he manages to catch it, but Layla shouted at him because of his nails and he looses it, making the car fall into a tub of water. Ray sees Henry upset and leaves. Later, they call the repairman, he examines the car and tells them that fixing it will cost three thousand dollars, Layla adds that they still have to pay for the manicures, then the repairman proposes a manicure party, Henry accepts.

On Saturday night, while the party is going on at the Hart house, Henry would tell a boy what happened to him at the party, who tells him to let him have his manicure done. Then Henry enters the house, Charlotte tells him that they collected the money from the arrangement of the car, he gives it to the repairer, who fixes it quickly, so Henry is upset about the high cost; Piper says that his parents were already returning, as his father had an unforeseen event. Henry is confused and tries to make everyone leave, but does not get it, Jasper says that the snakes got lose, then everyone is scared by the back of the house, Henry and Jasper fix everything and he leaves. Henry sees the toy car on the sofa and puts it in place, moments later his parents arrive. Jake goes to the bathroom to wash up. Kris opens the refrigerator and sees the broken egg, so she gets mad at Henry and leaves. Henry sees the egg, throws it out and says "Rubber Duck!" 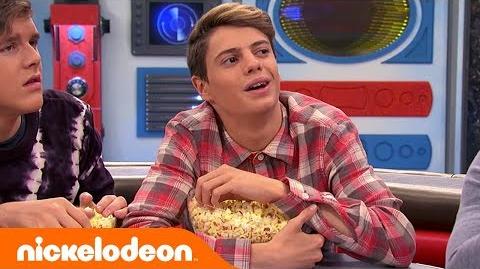 Henry Danger Is Backwards Again! ⏮️ Guess What Everyone Is Saying! - Nick 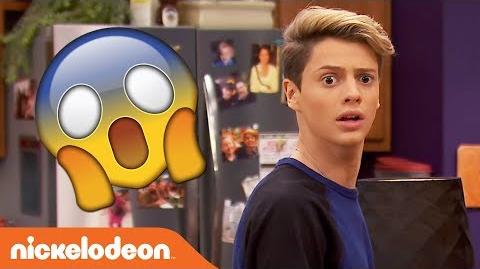 Henry Freaks Out Over a Toy Car 🚗 Henry Danger Nick 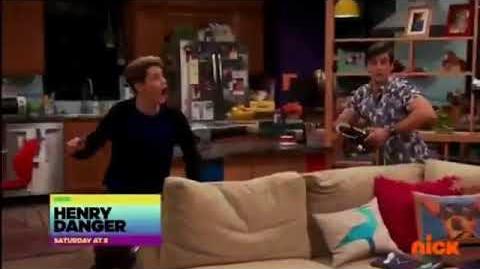