Sick & Wired is the first episode of the fourth season of Henry Danger. It premiered on October 21, 2017 to an audience of 1.41 million viewers.

Henry is sick in bed with a thermometer in his nose. Jasper is in his room, trying to make a cure for his cold. Ray beeps him, and Henry answers. Ray tells him that he and Charlotte are hungry and that when he's on his way to work, to pick up some waffles. Henry says that he can't go to work because he's still sick. Ray says it's okay and he can stay at home, but grows suspicious of Henry, as he had been sick for three days and wasn't bothering to see a doctor. Charlotte disagrees, believing that Henry is really sick. Ray tells Schwoz to get a disguise and install hidden cameras and microphones in his room. Charlotte disapproves, and goes to the tubes to tell Henry. Ray then traps her in the tube so she can't tell him.

Piper comes home and shows Jake her new Slack Pants, which could change color. While they are admiring it, Schwoz shows up, creates a hole in their kitchen window, and puts an explosive in their sink. Jake and Piper go to put it out, and then the doorbell rings. Piper answers and Schwoz is there, in a Super Mario disguise. He tells them that he is an Italian plumber, and Jake and Piper tell him they needed a plumbing job. Schwoz distracts them by making the explosive go off again, while he plants a hidden camera. He then sneaks upstairs and puts more hidden cameras in Henry's room. He accidentally wakes Henry up, confusing Henry. Schwoz then falls out the window. Later, Jake dances with Piper's Slack pants. Ray and Schwoz see this on one of the cameras and laugh. Jasper comes down and Charlotte tells him to let her out of the tube. Schwoz and Ray tell him that it was just a game they were playing. Jasper tells Ray that he didn't think Henry was feigning illness because he was his friend and Henry would have told him. Ray decides to have Jasper wear a wire, and invite Henry to Parkway Diner, where Ray would wait in disguise.

Schwoz attaches a wire to Jasper's shirt, and Ray wears dark clothes and sunglasses. They go to the diner, and Charlotte tries to get Schwoz to let her out again. Schwoz refuses, and Charlotte falls unconscious. Schwoz quickly lets her out of the tube to see if she was okay, but she knees him in the groin and calls Henry. Henry opens his watch on the porch, and Charlotte tells him that Jasper would be wearing a wire, and Ray would be there in disguise because he thought that Henry was malingering. With this information, he goes to the diner and tells Jasper that he was faking his illness, and had secretly betrayed Ray to work with Dr. Minyak to make an invention that would destroy Captain Man. Ray hears this and ends up knowing that Henry knew. Henry tells Ray that he wasn't faking, but Ray refuses to believe him. Henry then accidentally pukes on Ray's shirt, which then made him feel better. 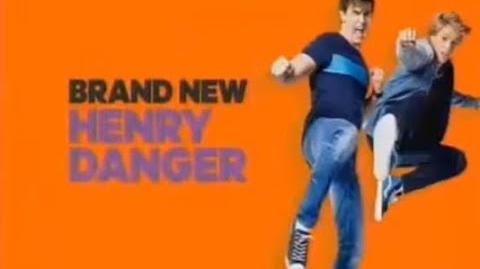 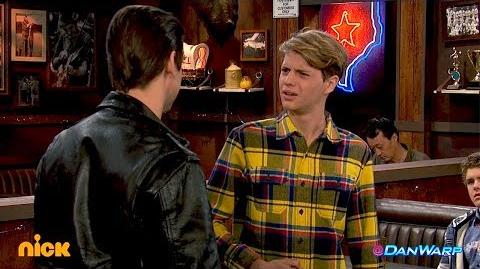