Toon In For Danger is the seventh episode of the fourth season of Henry Danger. It premiered on January 15, 2018 and led into the new animated series, The Adventures of Kid Danger. It aired to 1.41 million viewers.

Piper gets help from her contractor, Nate, to set up seats in the living room to screen the new cartoon TV show about Kid Danger and Captain Man, which she is extremely excited for. Henry arrives, also excited for the cartoon. Ray beeps him, and he goes out on the porch. Ray tells Henry to hurry to the Man Cave, and he goes there. Ray tells Henry that the production company that made the cartoon show had accidentally sent them the pilot episode of the show, and Henry, Ray, Schwoz, Jasper, and Charlotte all get together to watch it. However, they realize that the animation is terrible, it exaggerates Captain Man's powers, and it made Kid Danger look like a weakling voiced by a girl.

Captain Man and Kid Danger video-chat with the producers of the show, yelling at them for how bad it is. The producers tell them that if they were so good at making cartoons, they could write their own script. Captain Man and Kid Danger agree, and for the next several hours, they write their own script for the pilot episode of the animated show. Meanwhile, Piper has been making more seating arrangements for the screening, and then, USA Olympic Gold Medalist Shaun White appears at their door. Shaun says that he was there to sit front row, center for the screening and would camp out there to get the seat. Henry and Ray are proud of the script that they finished, but Charlotte says that they would need to animate it as well. They make Schwoz do it, since he went to two years of animation college.

Schwoz finally finishes animating the episode, a couple minutes before eight. Henry tells Charlotte and Jasper to go to the house and stall until they got the episode finished. Ray gets the car, and Henry realizes that they didn't give the show a title yet. He comes up with one, and the episode is finished. Shaun White takes his front and center seat, but Captain Man shows up and wants the seat. Captain Man takes the seat from him, and Shaun sits on his lap instead. Kid Danger plugs in the thumb drive with the episode on it, and they see that he has named the show, "The Adventures of Kid Danger," much to the Captain's annoyance. They all begin to watch the episode. 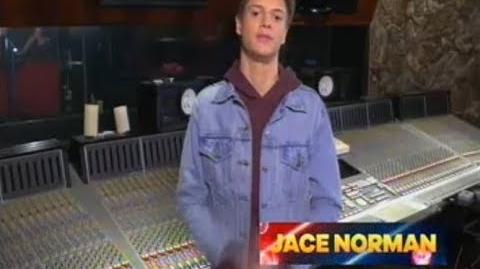 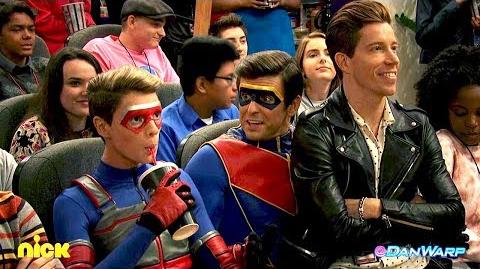 Shaun White & The Adventures of Kid Danger! - Toon in for Danger - “Henry Danger” - Dan Schneider
Add a photo to this gallery
Retrieved from "https://henrydanger.fandom.com/wiki/Toon_in_For_Danger?oldid=127721"
Community content is available under CC-BY-SA unless otherwise noted.