Up The Stairs! is the nineteenth episode of the fourth season of Henry Danger. It premiered on October 6, 2018 to an audience of 0.87 million viewers.

In the Man Cave, Charlotte is surprised that Captain Man and Kid Danger are back early from a "save". However, it is revealed that the heroes only went to Inside-Out Burger and had ignored Charlotte's text on a pending emergency. As they sit down to have the burgers, Schwoz turns up and after a fruitless lesson on the pronunciation of burger, he reveals that he is optimizing power consumption in the Man Cave so that the machines work more effectively. Schwoz turns off the power in the tubes and the elevator which in turn affects the lights in Junk N' Stuff. Just then, a woman steps into the store and freaks Jasper out. In fear, Jasper flips the lever "Store Emergency" at the panel in the countertop. The gang below sees this and goes over to the monitors. However,it is revealed that it is not an intruder but instead Morgan Maykew, a famous celebrity chef, who wants to shoot his popular show there. Jasper is marvelled and star-struck by his presence. Charlotte, Ray and Henry try to get to Junk N' Stuff via the tubes and the elevator but to their dismay, the power operating them has been turned off and can only be turned on after the System Update is done.

Back at Junk'N'Stuff, Morgan is making Jasper delicious sushironi and cheese rolls. The gang below is frustrated that Jasper is up there enjoying all sorts of delicacies while they are trapped there below, staring. Ray even goes to the extent of climbing half a mile up the tube; which is impossible. Henry realises that they could go up the 242 flights of stairs to the store. Charlotte refuses to join them due to the silliness of the idea. Back at the Hart's residence, Piper and her friend are preparing for a test until Piper finds out about the event at the store. Piper heads for Junk N' Stuff, where Jasper is having spaghetti tacos. Henry, Ray and Schwoz start the race up the stairs only to get tired at the fifth floor. Meanwhile, Charlotte is still in the Man Cave watching the show. Henry and Ray have reached the one hundred and seventeenth floor and Charlotte calls them and is surprised that they are not even halfway there. Ray sees the call as an excuse for Charlotte being "mean". Henry and Ray put on the show and watch Morgan prepare pizza soup, which they desire. Henry realises that Schwoz was left on the one hundred and fourteenth floor only for them to leave him there again. Piper gets to the store and tries out the pizza soup.

Henry and Ray are at the one hundred and ninety fifth floor and Charlotte calls them and tells them the System Update is done. They get into an argument since Henry wants to go down to the Man Cave and take the elevator while Ray wants to go up the fifty floors to the store. They make a bet on who would get there first. Henry distracts Ray using a relaxation exercise and the race begins; Henry going down, Ray going up. Schwoz is still lying desperate at the 114th floor. Charlotte goes up the elevator and finds Jasper and Piper having ice cream sundaes and joins them. Ray reaches his destination before Henry does but unfortunately finds the door to the store locked. To make matters worse, no one from the store could hear him. Ray uses his invulnerability and reaches the ground floor through jumping all the way down. He meets up with Henry and they go up the elevator to Junk N'Stuff but find the show over and the foods finished. Realizing that everything they did was useless, they ignore Charlotte, Jasper and Piper who were telling them on the delicacies they had on the show. 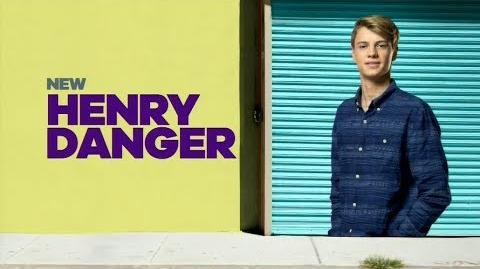 "Up the Stairs" Official Promo HD Henry Danger ‼️
Add a photo to this gallery
Retrieved from "https://henrydanger.fandom.com/wiki/Up_The_Stairs!?oldid=111237"
Community content is available under CC-BY-SA unless otherwise noted.